This show is everywhere...

...but should be mentioned in the headline.


18-wheeler crashes through backyard fence of McCurdy Way home
Posted by Liza at 2:42 PM No comments:

Awww,  our local blog had some Jeopardy! news. 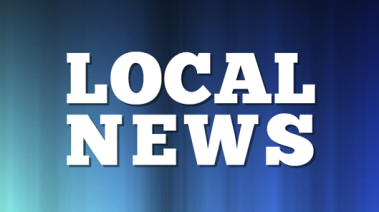 Long story short - I watched Jeopardy last week with my Jeopardy loving sister and brother in law.
Seth Wilson was his name and you could say that Jeopardy was his game. He had won about 3 games already and had a nice sum. Something like $131K give or take. He won. And that was last week.
Tonight I turned it on to see if he was still winning and he wasn't there. In fact, no men were there. It was 3 female contestants so I decided to watch it thru. And then I learned that Margie - the champ - had just beaten Seth Wilson the evening before that. He was a 12 time winner of approximately $340K and Alex Trebek said he ranked #5 for all time winners. Wow. "Seth"


Sarah from Pittsburgh - prepared for the show by buying a shower curtain! With a world map. Ba dum dum.
Randi from Kalamazoo - she writes poems! And she wrote one about Jeopardy! Of course, she did.
Margie from Bethesda - a ride share driver for Uber and Lyft.
Call her!

Here is final Jep.
It was a good one.

These two secretaries of state graduated with B.A.s from Wellesley 10 years apart.
Who is Albright and Clinton?
Sarah won with $21, 800.


Posted by Jess Shevitz Rauch at 10:44 PM No comments:

Ken Jennings book Maphead is great according to Jessbrarian.

Friends were over and inevitably, Jeopardy! came up as it does in many conversations in these parts.
Understand that Jeopardy! has different versions in some countries - we were informed there was a version of Jeopardy in Norway  (1995-2000, 2004) with a pretty terrific promo.

I'd have our friend write this post to but she's in Norway on holiday, as Norwegians do!

A milestone or is it?

I talked about this in my previous post- 'this' being Alex (Levy) remembering his first Jeopardy answer.  The end of the kindergarten school year is near and Alex came home with project folders of his school work from the year.
What's this I see? A binder titled "Alex Levy-- Weekend Stories".  How sweet, oh look, we played, he went to a party, he saw Grandma....and then....THIS: 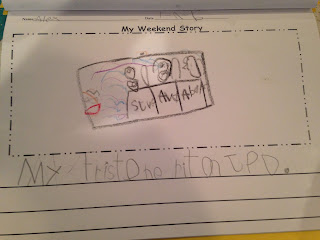 I'll translate:  Name: Alex Date: 1-11-16....'My first one right on Jeopardy.' Notice the players-- Steve was definitely there as Ava, me thinks, not sure about the other A.  I may have yelped when I saw this page.

Please note that Harper, Alex's 4 year old sister, has said to her father, 'I don't want to watch Jeopardy. It's boring!'

A true new fan can be added to the Jeopardy! club and his name is.....ALEX! Levy. Alex will always remember the first question he answered correctly a few weeks ago. Answer: "What are minions?"  But seriously, what the hell are minions?

In other news, it's Power Players week on the show and I think Alex (Trebek) has gone a little rogue during interview time. When did the Jeopardy! interview get to be a place to air your woes? First he asked Jonathan Franzen about how he feels about Twitter. I'm paraphrasing but they both hate it and think it will lead to the decline of human civilization. No biggie. Then S.E.  INSERT LAST NAME of CNN (!) fame talks about what it means to be a Log Cabin conservative. This means she believes in same-sex marriage. (and she loves Twitter) And to top it all off, the third interview gets into beliefs about the 22nd amendment which sets term limits on the presidency. I'm not saying these aren't important subjects but there is a time and a place.

For celeb interviews, I say stick to the script and talk about your charity! (where the winnings will go)

I miss the days of contestants talking about collecting $2 bills and surprising cashiers by using them. I also miss uncomfortable, awkward contestant silence. But all in all, to quote Glen who really said during the closing credits at the end, 'That was an excellent show!'

It was and is always the Golden Age of TV when Jeopardy is around. (That's my quote)